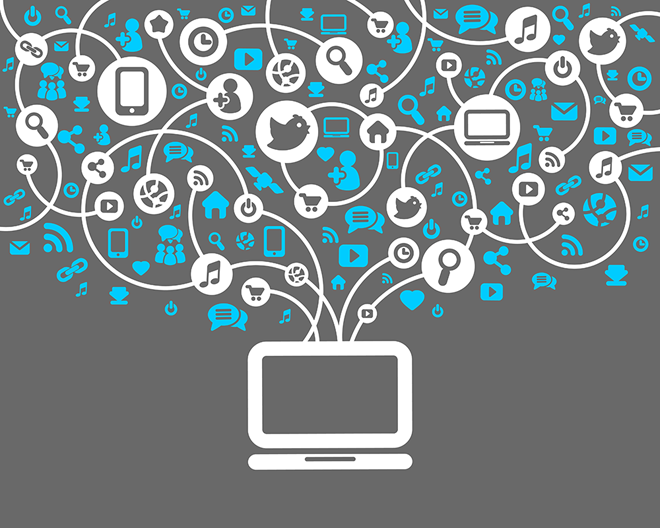 If you own your own business or are otherwise involved in marketing, you’re likely inundated with information about social media for business. Sometimes it seems like every other business networking evite has to do with “Getting Your Business on Facebook” or “Tweeting Your Way Towards Success.”

But the fact is, consumers are inundated with messages from businesses on their social media feeds, and they’re far more likely to push hide than purchase if you’re just providing updates about the business or promoting products. To make a splash on social media, it’s worth taking a good read of a social media guide to gain a deeper understanding of just what social media is, how it works, and how you can create the kind of compelling content that will truly engage your viewers.

Below, we’re breaking down the ins and outs of 6 super creative social media campaigns, which should provide a few inspiring places to start.

What’s better than finding yourself an in-store employee to answer your every product question? One who will make a custom video for you. REI was all over social media this past holiday season with its #giftpicks campaign.

The concept was this: REI followers tweeted the company questions with the #giftpicks hashtag, and in less than an hour, they had a fully customized video response from a “green vest” — one of the store’s dedicated employees, known for their passion for everything outdoors. This is actually a facet of a larger campaign run year wide which celebrates outdoor moments for all 1440 minutes in one day. Users send in their pictures, and one is picked to represent each minute.

Both of these campaigns together show a deep understanding of the target audience and of social media as well. They provide easy and compelling ways for followers to participate, all while making each participant feel special. No faceless corporation here; just fellow outdoor enthusiasts, sharing their passions.

Use social media to cater to your customers, individualize their experience, and create a meaningful relationship.

Normally, something as everyday as permanent markers wouldn’t be the first thing you might associate with the word “creative.” But Sharpie knows it’s what you do with those everyday markers that really stands out. Accordingly, the background for their Twitter account changes regularly to feature different color sketches, and they regularly highlight customer-submitted drawings on Instagram. Their blog isn’t just for updates about the company; instead, they offer customer case studies and feature extra-creative customer projects, which they then promote further on social media channels. Overall, Sharpie has really created a customized community, one that frequently invites followers to engage in art challenges and more. And you know what a strong company community means: even stronger brand loyalty.

Don’t let your “boring” brand limit your efforts. Think beyond the “what” of the product you sell to the “how.” Specifically, how your customers fit your product into their daily life.

The stock image site, Shutterstock, is known for the quality of its images. So why not give back to an enthusiastic community of followers with an interesting mix of education and competition? With the Pantone Project, Shutterstock wrote a guide to one color at a time, like, “Tangerine Tango, providing an interesting introduction and suggesting appropriate applications. The company then invited users to submit photos featuring that color, the best of which were then featured on the color’s guide and promoted on the company Twitter feed. This increased the company’s social profile significantly, delivering a much more engaged community.

Share your expert knowledge with your customers while also encouraging them to become a part of your brand.

Just what makes a video go viral is hard to know (figure that out, and you’ll be one very rich person). Still, it doesn’t seem very surprising that Carlsberg’s spring 2012 hilarious and moving stealth video campaign was a hit. For this campaign, secret cameras were rolling as ordinary couples made their way into a movie theater, only to find it packed to the gills with intimidating bikers. Those couples that were brave enough to put their prejudices aside and make their way to the few empty seats — sandwiched between many bikers, of course — were rewarded with cheers from the bikers and pints of Carlsberg beer. The video resonated with a lot of people and was shared widely across social media networks.

Again, don’t be limited by what your product is or what’s been done before. Beer, for instance, is used for more than just hanging with the bros or partying; it’s used to celebrate meaningful moments. Once you see the universal in your product, it will be much easier to create a compelling campaign on social media, where authenticity is rewarded.

The travel site, Jetsetter, was savvy enough to know that a social media site like Pinterest, which operates primarily through photos, would be the perfect tool for a travel company. After all, who wouldn’t rather spend a day browsing through beautiful photos of far-off places than buckling down and getting to work? Jetsetter took this knowledge one step further by running a campaign called, “Become the Curator,” for which users competed to create the “ultimate travel pinboard” by pinning photos from across the web. The reward: a flight to a far off destination, luxurious accommodations, and $500 in Jetsetter credit. The result: 50,000 pins among 1,110 users, with an average of 40 images per board. Pinterest referral traffic increased by 100% while pageviews increased by 150%, with a much lower bounce rate than normal. And because it was well-integrated with other social media sites like Facebook and Twitter, their following grew rapidly on those platforms as well.

Not all social media sites are born the same. Take a careful look at the constraints, tools, and primary modes of operation for each of them and create a highly specific campaign to make creative use of what’s there.

Combine Twitter with Google Maps and a raging concert, and what do you get? The ultra-fun Volkswagen Fox Twitter Zoom campaign. To launch their new car, the Fox, Volkswagen Brazil threw a huge music festival, the Planeta Terra Festival, in Sao Paulo. Throughout the festival Volkswagen hid tickets to the concert across the city, which were then listed on a Google Map microsite. Simple to find, right? No, because the Google Map was zoomed too far out to be useful. The map would only zoom in as followers used the #foxatplanetaterra. The greater the use of the hashtag, the further it zoomed in, until it was close enough so that followers could engage in a real life race through the city for the tickets. The result? #1 trending topic in Brazil and many new social media followers.

The real world and social media aren’t mutually exclusive. Tie the two together for a breathless (and incredibly engaging) competition or adventure.

There are as many ways to get creative with social media as your imagination will allow. Forget traditional marketing, and forget the limitations of your product to engage with your customers in an entirely new (and fun) way.

Opinions expressed in the article are those of the guest author and may not reflect the views of Webaholic.

Author Bio: Lucas Clum is a blogger and designer who specializes in online marketing.