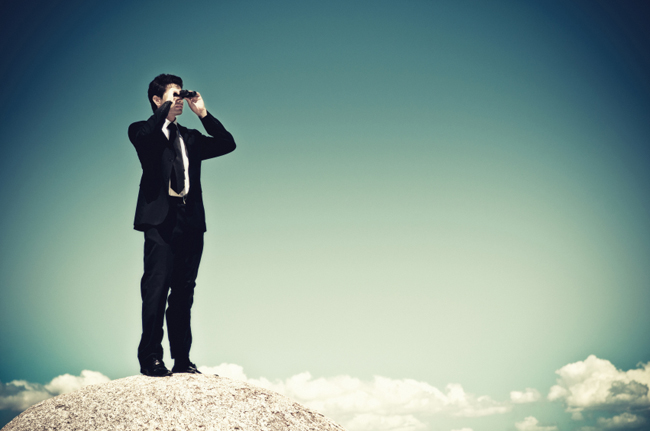 When trying to predict the future, it’s probably wise to look at the past. 2012 was a year that was a cocktail of numerous interesting social media events like London 2012 Olympics, scandal concerning Prince Harry in Las Vegas, America’s race for presidency, etc. One has to be sure that the coming year has lots more action in store for us. Media landscape is yet to witness various other transformations. Here is a list of predictions that media landscape is to see in the coming year.

LinkedIn will bask in popularity in the coming year as more and more brands will use it as a platform for social networking. Connecting with customers as well as influencers will happen over LinkedIn instead of Facebook. To cater to the growing needs of the users, LinkedIn is coming packed with newer features which will make it all the more useful and alluring. The “endorse” capability in LinkedIn is much similar to “Like” feature of Facebook. The newer profiles as well as company page designs lure the users to make build their personal brands using LinkedIn tools. The marketing potential of LinkedIn is being recognized by many companies especially those in B2B world. As the activities on LinkedIn see skyrocketing, LinkedIn will be used by journalists for researching the platform, presenting breaking stories and for identifying the sources.

2012 elections have seen record being set for activities on Twitter. Many recent incidents like Israel Defense Force as well as Hamas military made use of social networking sites to communicate with international government officials as well as to the public about the violence prevailing Israeli and Palestinian conflict. Hence, it is seen that social networking websites are becoming a platform where the government and the public can communicate with each other. This is a very important step as every citizen of the world is demanding transparency. Hence this age calls for social and transparent relation between the government and the public including the officials from local to national levels. An increasing political conversation will be the need of the hour in 2013. This will become a news source for traditional media, government and the citizens.

Visual stimulation will be the need of the hour as more and more companies will realize the potential of visual storytelling, info graphics and photo sharing. Social Media professionals and the clients will resort to using visually stimulating messages as these give an extra edge to them when there is tough competition in the content market. Take for example, in a recent survey; it was revealed that since the launch of Instagram, smartphones have made use of this more than Twitter in the year 2010. This signifies that visual content is more alluring than textual one in digital world. Hence it can be concluded that visual content will be the easiest way to attract and keep customer’s attention.

Twitter has become very important platform for communication for countless individuals across the globe. Not only individuals, its usage has spread to organizations and companies too. People are freely using it for professional as well as personal reasons. After initial stage of doubting, this communication platform is reaping good results among business organizations too. The company is claiming Twitter to be a must buy property and an integral part of media planning for many big brands and as a very accessible channel for smaller businesses. S-1 filing for Twitter will be seen in 2013.

2012 saw the most explosive trends. Starting from touch screens to the very own smartphones, everything took no time to change. The growth as well as expansion of mobile phones has been predicted to change in the coming year. Marketers are eyeing mobile phone users. Mobile marketing is the next big change that will tide over the market and will change everything.

2012 has been an immense popularity of social TV and 2013 will see a massive rise in its popularity. Social networking has changed our TV watching style. It has changed everything about the whole experience of watching TV. Mobile multi-tasking while the users are watching TV is the latest trend among TV watchers. In a recent survey conducted by Razorfish and Yahoo, it is found that around 80% of the viewers liked doing this. Hence, keeping this trend in mind, many apps like Zeebox have been introduced and they have become very popular too. In these apps, the users can indulge in social networking while watching TV. In the next year, 2013, social TV will see an immense rise.

Even though there was much hype created at the launch of Google+, it did not interest many users. As Facebook was already available to the users for social networking, they did not find the concept of circles very interesting. But the scenario is likely to change in the coming year as more and more users will realize the potential of Google+. They will realize that their search results will be benefited, the more they are on Google+. Widespread popularity for Google Plus is on the cards. Google+ has made a wise decision to rope in social networking by including features like Wildfire as well as Hangouts. These features are among the coolest features of any social networking sites. A little tidying up the social networking features will help Google Plus, more so.

It is a well known fact that the percentage of male users of Pinterest is very low. In fact, the percentage of women users is lies anywhere between 58 to 97 percent. For some time, Pinterest had accepted the fact but recently, it is launching many campaigns that will attract male users. These campaigns include partnering with male brands for advertisements on Pinterest to get men pinning. Though, Pinterest is already successful by its women users alone, whether it will be successful in men’s forum or not, the coming year will show.

Google has forayed into the world of social networking by the launch of Google Plus. The popularity of Google+ will be deeper with the launch of social searching site. Evidently, for Spiders, it will be a tough task. The reason is that they have to search for comments and likes for every website. If a certain website is liked, it does not mean that the content is relevant. Hence, optimizing the pages will be a tough task for SEO specialists.

Launch of Miiverse for Wii U has made social gaming a significant part of social networking. The gamers will get the luxury of watching the games on one single site even though the site does not collaborate with Facebook. There will be many benefits of going social by Wii.

Listing the predictions of 2013 is an interesting and fun job but more exciting is to see how the next year will reveal itself.

This has been our list of predictions for social media. Do you have any more to add to list? Let us know what your list includes.